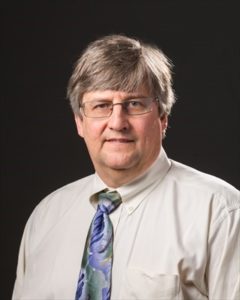 He is a renowned physician in Connecticut where he was nominated in 2019 by his peers as one of the five hundred Best Doctors in America.  Dr. Sinusas is also a prominent preclinical researcher with over 200 peer reviewed publications and recipient of the SNM 2008 Hermann Blumgart Award. His research is directed at the applications of non-invasive cardiovascular imaging for the assessment of cardiovascular pathophysiology. Just this year, he co-authored two papers published in Nature.

As coauthor, can you elaborate on a remarkable piece of research, recently published in Nature concerning Yale’s BrainEx technology to perform research on partially revived pig brains hours after death.

This research was supported by the NIH Brain Initiative and has been directed by Nenad Sestan, a Yale neuroscientist, who feels that the work is not as ethically challenging as the popular press has made us believe. First of all, no animals were killed for the purposes of the experiment since pig brains that otherwise would have been discarded, were acquired from a food processing plant after the pigs had already been killed for their meat. As announced in the journal Nature, the Sestan laboratory devised a system roughly analogous to a dialysis machine, called BrainEx, that restores circulation and oxygen flow to a dead brain. It was never a goal of the research to have consciousness restored but rather to reinstate the usual metabolic activity of the brain cells such as consuming oxygen and nutrients. Such a tool may transform how scientists study brain structure and function in the future. Until now, the ability to study the functional dynamics of an intact, isolated large postmortem brain has been hampered by cell death, clotting of small blood vessels and other toxic processes that degrade the tissue following loss of blood flow and oxygen. Freezing and other preservation methods allow for only static microscopic, biochemical or structural analyses. The BrainEx tissue support system on the other hand preserves limited function in an isolated postmortem animal brain so that other research tools can be used such as the U-SPECT/CT for scanning the whole brain with X-ray CT after injecting a bismuth-based contrast agent.

Hence, the BrainEx approach might give us in the future a better insight on repairing brains and nerves after being damaged or deprived of oxygen as a result of a brain injury, stroke, or heart attack. 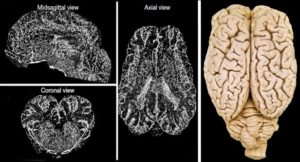 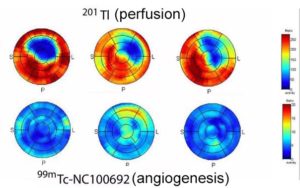 In another Nature publication, you use U-SPECT/CT for dual isotope imaging of angiogenesis and myocardial perfusion imaging. Is the ability to image two isotopes simultaneously important for your research?

In-vivo imaging of a physiological index like myocardial perfusion in relation to a molecular marker of angiogenesis is indeed important in cardiac research, especially in the evaluation of therapeutic interventions to reduce adverse post-infarction remodeling in experimental models of heart failure. For instance, combined therapy with an angiotensin receptor blocker and neprilysin inhibitor improves the prognosis of heart failure patients; however, the actual mechanism of benefit remains unclear. Our dual-isotope imaging studies suggest that the benefit may be related to the underlying effects of this treatment on myocardial angiogenesis and perfusion.

Besides dual tracer imaging, one of the features of the MILabs U-SPECT/CT system we value very much is the decoupling of the CT gantry from the actual SPECT acquisition. Such a higher-end faster-rotation system is equivalent to diagnostic CT scanners and thus capable of diagnostic CT protocols like calcium scoring and angiography (CTA). This allows for diagnostic evaluation of an animal using both nuclear and CT in a single imaging session. The acquisition of a CTA on the same camera as PET or SPECT facilitates accurate co-registration of these datasets. 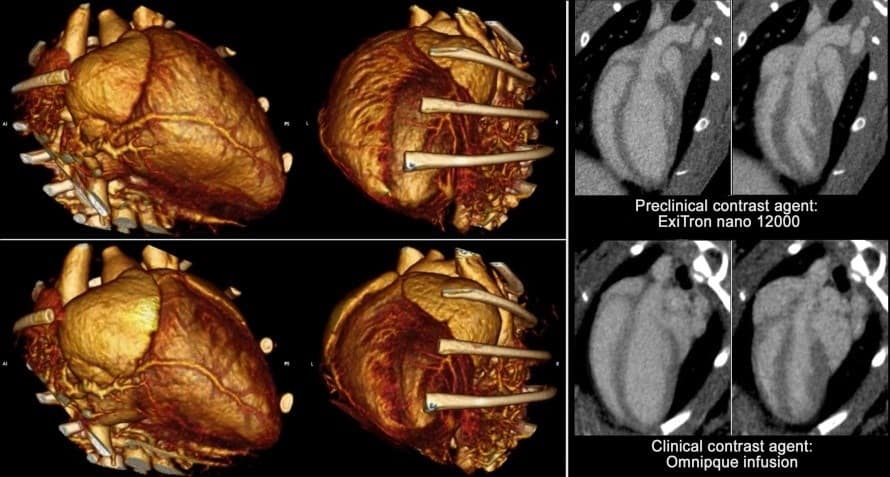 You seem to be more inclined to use SPECT/CT rather than PET/CT for your cardiovascular research work?

The ultra-high in-vivo imaging resolution that can be obtained with the MILabs microSPECT system offers indeed certain advantages over microPET imaging for small animal imaging. Compared to conventional microPET systems, the U-SPECT/CT reduces the partial volume effects (PVE). PVE usually leads to an underestimation of the radiotracer concentration in certain structures of interest (e.g., left ventricle myocardium wall) that are smaller than 2–3 times the full width at half maximum spatial resolution of the microPET scanner.  In the case of cardiac imaging, this problem may be further complicated by the fact that the location and thickness of the myocardium change as a result of cardiac and respiratory motion. Because of these issues, cardiac partial volume effects are both spatially and temporally variable. This highlights the need for the high-resolution high-contrast imaging technique such as provided by the U-SPECT/CT.

MILabs offers a system upgrade that enables to image both SPECT and PET tracers simultaneously at high resolution. Would such a PET system upgrade be of interest for your research?

PET is indeed of interest to us since PET radiopharmaceutical can be developed with the objective of use in humans without significantly disrupting the structure of the labeled ligand and receptor-ligand binding. On the other hand, SPECT imaging is currently more commonly applied for cardiovascular imaging and more widely available and offers some unique advantages for small animal imaging. As highlighted above, due to the PVE effect, which is more problematic in preclinical PET, the use of SPECT tracers is for some of the preclinical studies unavoidable and even preferable. Therefore, the ability to use radiotracers with SPECT radionuclides for high-resolution preclinical evaluation with an easy switch to PET radionuclides as provided by MILabs Concurrent PET/SPECT modality would indeed be quite attractive. Moreover, I understand that 82Rb can now be imaged with sub-mm resolution on the MILabs preclinical PET modality. These capabilities could make a potential PET upgrade of our preclinical SPECT/CT platform attractive.

– Spotlight on the Orthopedic Imaging at UMC Utrecht, the Netherlands –  – Prof. …

Under the new ownership of the Rigaku Group (Tokyo, Japan), MILabs is pushing the value …

August 3, 2021 – Houten, the Netherlands Dear readers, We are very excited that MILabs …

– Targeting Tumors from the inside –   Dr. Bart Cornelissen is Group Leader and …

A Pioneering Mind in Nanomedicine and Theranostics Prof. Dr. Dr. Twan Lammers is Head of …

September 4, 2020, Utrecht, The Netherlands Each year, at the occasion of the Annual Congress …

August 27, 2020, Oslo-Norway and Utrecht-The Netherlands Bayer AS has installed a state-of-the-art MILabs VECTor …

May 12, 2020, Southampton, UK – Utrecht, the Netherlands The Faculty of Medicine, University of …